Plastic melt is extruded through an annular slit die, usually vertically, to form a thin walled tube. Air is introduced via a hole in the centre of the die to blow up the tube like a balloon. Mounted on top of the die, a high-speed air ring blows onto the hot film to cool it. The tube of film then continues upwards, continually cooling, until it passes through nip rolls where the tube is flattened to create what is known as a ' lay-flat' tube of film. This lay-flat or collapsed tube is then taken back down the extrusion ' tower' via more rollers. On higher output lines, the air inside the bubble is also exchanged. This is known as IBS (Internal Bubble Cooling).

The lay-flat film is then either kept as such or the edges of the lay-flat are slit off to produce two flat film sheets and wound up onto reels. If kept as lay-flat, the tube of film is made into bags by sealing across the width of film and cutting or perforating to make each bag. This is done either in line with the blown film process or at a later stage.

Typically, the expansion ratio between die and blown tube of film would be 1.5 to 4 times the die diameter. The drawdown between the melt wall thickness and the cooled film thickness occurs in both radial and longitudinal directions and is easily controlled by changing the volume of air inside the bubble and by altering the haul off speed. This gives blown film a better balance of properties than traditional cast or extruded film which is drawn down along the extrusion direction only.

Polyethylenes (HDPE, LDPE and LLDPE) are the most common resins in use, but a wide variety of other materials can be used as blends with these resins or as single layers in a multi-layer film structure. these include pp, pa, evoh. In some cases, these materials do not gel together, so a multi-layer film would delaminate. To overcome this, small layers of special adhesive resins are used in between. These are known as “tie layers”.

To make plastics, chemists and chemical engineers must do the following on an industrial scale:

Thank you for making the summer of 2011 great MTI Polyexe.

MTi Polyexe Corporation would like to thank every one for taking the time to visit our site. from mtipolyexe on Vimeo.

MTi Polyexe would like to thank you for visiting our Blog.

MTi Polyexe Corporation would like to thank every one for taking the time to visit our site. 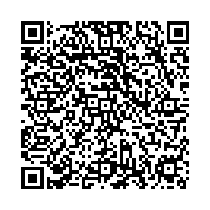 Scan Me! With any mobile device using QR to get sales contact info.

Scan Me! With any mobile device using .Tag to get sales contact info.